Military Families as Pillars of Strength ​

Military families endure a lifestyle of relocation, multiple and prolonged deployment, and reintegration.  As a result of these consistent stresses, military members and their families experience higher rates of depression, mental illness and suicidality than the general public. These rates increase even further when Mom or Dad is deployed.

A Traveling Exhibit as Metaphor

The Pillars ​were built with the intention to travel, meanwhile gaining participation by members of the public. The integrity with which the structures are built (such that they hold together during their travels), and the unfolding relocation plan (specifics still to be unveiled) are both direct references to the military family experience.

Pillars of Strength launched at the Davis Monthan Family picnic on April 8, 2017. Hundreds of airmen and their families identified their strengths before creating objects to be placed on the pillars. 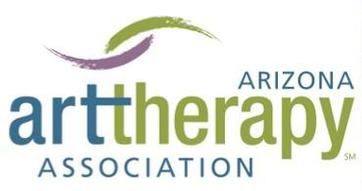 April, 2018. The pillars spent time in the center courtyard at Ottawa University, debuting during AZATA and Ottawa's shared event. Participants contributed to the pillars project before engaging in a Soul Collage® workshop courtesy of Ottawa's own Paula Artac, D. Min, ATR-BC.

July, 2017. The Pillars appear within Politea, an exhibit within the interactive exhibit space at the University of Arizona Museum of Art.​

The UAMA has a strong history of community collaboration through exhibition design and programming. Additionally, it witnesses the powerful impact that arts programming with military families can have.  In July, 2017, museum visitors were asked to contribute to the pillars in act of community dialogue and partnership. As participants contributed a response, their voice added to the full text, creating a mosaic work of art that reflects the many ways in which we understand what it means “to serve”. 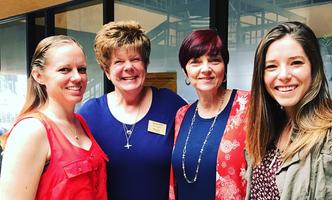 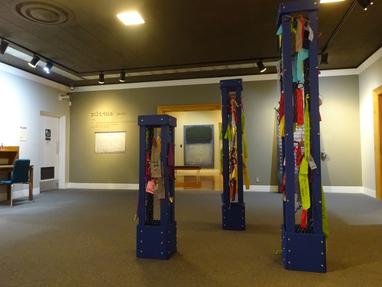 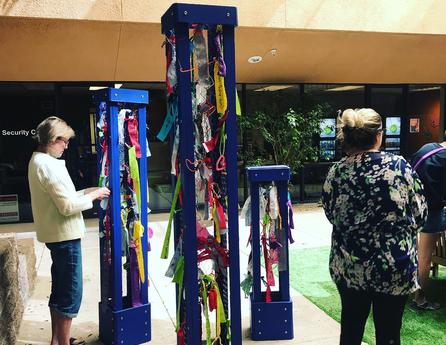 2. The Pillars at Politea - University of Arizona Museum of Art

“I was delighted to see that by the end of the two week exhibition, all of the fabric pieces had been used for visitors responses. This just reinforced my belief that visitors want to connect with art and with people. The Pillars provided a great avenue for them to do this.” 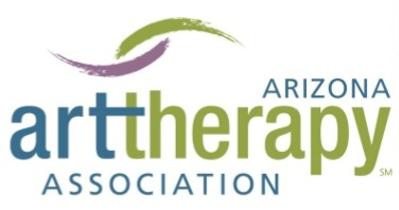 A chapter of the American Art THerapy Association